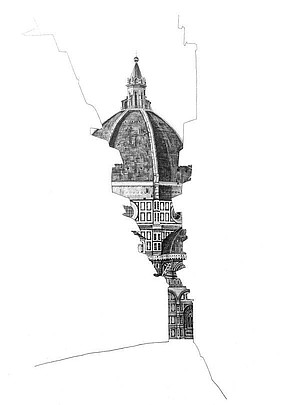 Medieval world – Theocratic space vs Renaissance world – Anthropocentric space
This course will introduce students to the evolution of history of architecture from Byzantine to the Renaissance era. It will also highlight significant events, styles, architects, buildings and other factors that will lead to an understanding of why various cultures produced the architecture of their time and which were the answers that architects, buildings and cities have given to the major architectural and urban demands. Each lesson has as an axis a theoretical sense which is approached through architecture of the specific era it examines. The opposed dipoles as methodological approach and mainly the dipole theocratic- anthropocentric space are used for the optimal comprehension of the architecture and city of each period and for the introduction of the students to a more complicated consideration of the era.
Content: