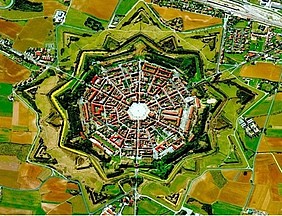 The aim of this course is to comprehend the basic concepts of the city and the parameters that shape the urban status. The course focuses on research of the cities and their characteristics in various historical periods, emphasizing in the role of the political, social and economic parameters that led to the formation of urban space, the interpretation of how historical periods are reflected in the urban tissue and study its historic stratification. It examines the theoretical framework by which the urban space is studied and planned, and the theories formulated for the city.

The course includes lectures and an assignment. The theoretical part includes: the examination of theories for the beginning of the urban phenomenon, the typologies of the first cities, the urban composition of ancient Greek, Roman, medieval, Islamic and Renaissance cities, the 19th-century utopian proposals, the modern urban planning principles and the laws that define it. It also analyzes theories and models of city interpretation and contemporary approaches to urban planning. During the semester, students complete a 3,000-word individual assignment, in which they examine the historical and urban development of a city and explore the issues it faces in modern times.