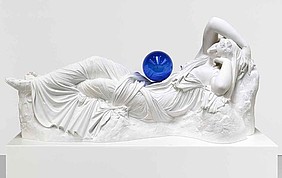 The survival of the Middle Ages and the Renaissance in the Newer Times The Phenomenon of the Metropolis
The second semester of the course History and Theory of Culture is divided into two parts. In the first part we will analyze the survival of the artistic forms of the Middle Ages and the Renaissance to this day. The second part focuses on the phenomenon of the Metropolis and its relation to Architecture.
The purpose of the course is to familiarize students with the fact that the phenomenon of Architecture is not only developed on paper but is intertwined with the complex social phenomena that constitute the modern Metropolis. A particular and difficult phenomenon is the proliferation of abandoned shells in modern cities, which raise the issue of re-use. The third part of the semester will focus on modern architectural theories that draw their inspiration from extreme social phenomena such as slums and nomadism.
Theories that developed since the 1980s will present new phenomena such as cockoooning in the 1980s, Otaku in Tokyo in the next decade, or the theories about Postopolis and contemporary criticism.

Content:
Terato-morphy from the Middle Ages to the Alien
The influence of Byzantine art on Modern
The appearance of the Naked Body from the Renaissance to the present day
The Phenomenon of the Metropolis
Flaneurism and Situationisme
The Shock  of the Metropolis
Suburbia
Planet of Slums
Las Vegas and the birth of the Postmodern
Shelves without Content
Land as a Commodity (Petrection, Pet Architecture)
The Extinction of Public Space
Destruction and deconstruction
Architecture of the Age of Globalization (Generation 30, Critical Regionalism)
Nomadism-Travelers
Temporary Habitation
The re-discovery of Antiquity in the modern times