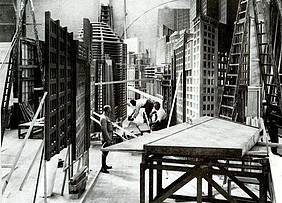 19th century and the modernist's preparation
The second semester of the course "History and Theory of Culture" will focus on changing the artistic condition during the 19th century until the birth of Modernism. During the course we will examine the conditions that prepared the birth of the phenomenon of Modernism, the emergence of the Metropolis and Modernity. The course will attempt to examine in parallel the developments in visual arts, music and architecture.
At the end of the semester, the first controversies of the artistic phenomenon in general and the birth of the new cultural treaty in the early 20th century will be examined in relation to political and social changes.
Content:
Classicism in the 18th and 19th centuries
Orientalism
Romanticism
Realism
The Salon des Refusés
Charles Baudelaire and the book The Painter of Modern Life
Walter Benjamin and the Passages Project.
Impressionism and Belle Epoque.